PRINCETON, NJ -- In light of the importance that child rearing has on gender roles in society and, ultimately, on families, workplaces, and the economy, Gallup recently asked Americans what they think is the ideal age for men and women to start having children. The majority, 58%, say 25 or younger is ideal for women, whereas the majority think men should start having children at 26 or older. Still, the average perceived ideal age for each gender to have children differs only slightly: 25 for women and 27 for men. 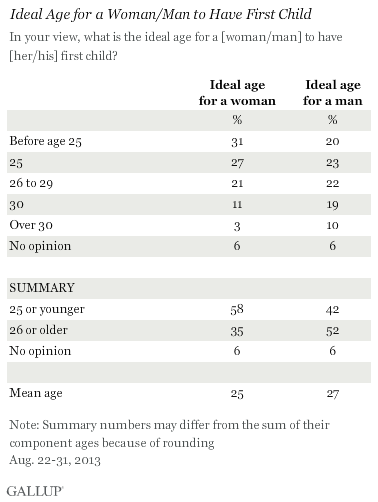 The results are based on an Aug. 22-31 Gallup survey, in which 5,100 national adults were asked a number of questions about having children. Americans mention a wide spectrum of ideal ages for each gender, ranging from about 18 to 35 years of age for women and 18 to 45 for men.

Here are some key differences in Americans' views on the ideal age to have a child by group. For more detailed results by key demographic groups, see page 2.

Some medical experts say the best age for a woman to have a child is in her late teens or early 20s, because that is when she has the best odds of conceiving a healthy child. However, that doesn't square with modern Western sensibilities about pursuing higher education and career goals, finding the perfect partner, or simply relishing the experience of young adulthood. Given this tension between biology and societal norms, the decision about when to start having children is a highly personal one. Hence, Americans give a wide range of answers when asked what the ideal age is for women -- and, separately, men -- to have their first child.

Overall, Americans tend to believe the ideal age to have one's first child is a bit younger for women than it is for men. That likely reflects the greater relevance of women's biological clock when it comes to childbearing. However, on average, the mid-20s is seen as the ideal age for both genders. And, in line with previous Gallup research showing that young adults' interest in having children remains high even as the U.S. fertility rate has declined, it is notable that 18- to 29-year-olds are nearly as likely as seniors to believe it is ideal for women to have their first child before 25.

More generally, Gallup finds significant differences by education and race in Americans' views about the ideal age for becoming a parent. These could have important implications for fertility rates and, therefore, social trends, among various racial and educational groups in the U.S. 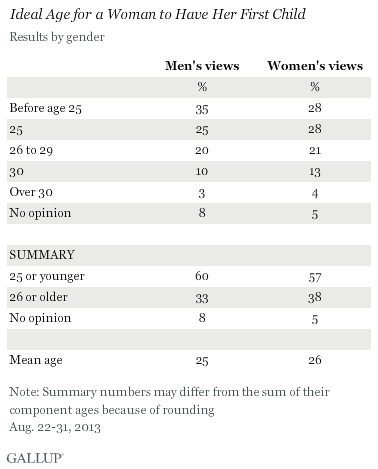 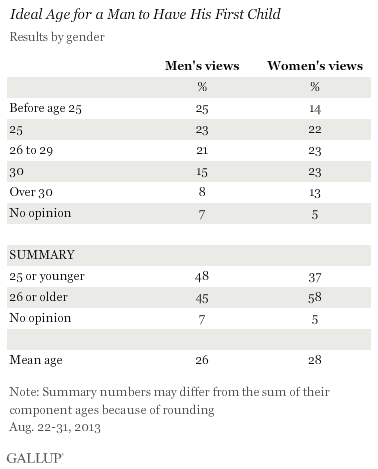 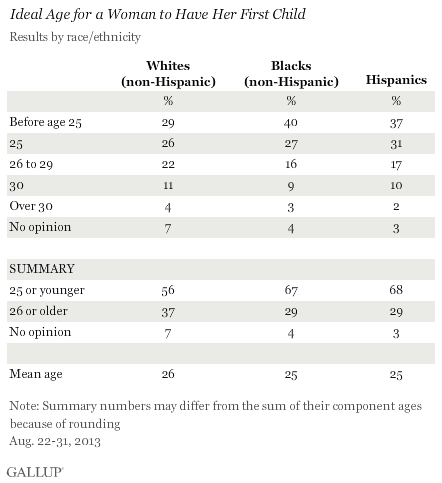 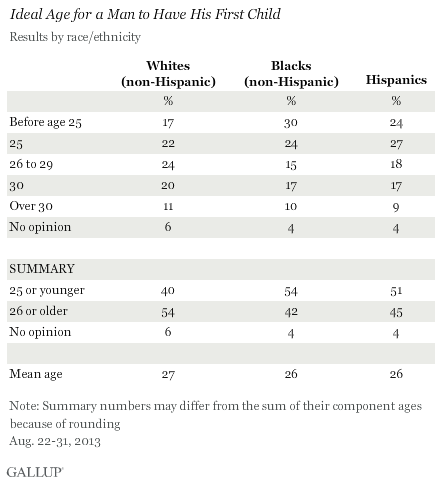 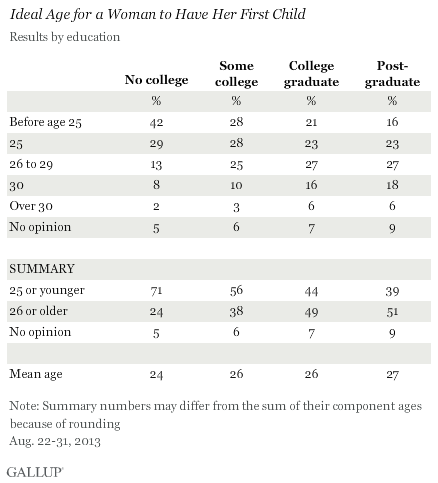 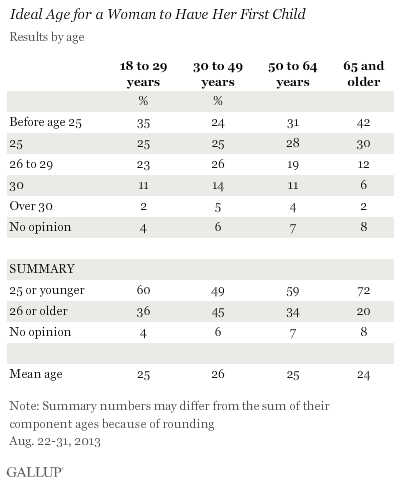