WASHINGTON, D.C. -- Job creation in the U.S. stayed strong in November. Gallup's U.S. Job Creation Index, a measure of hiring activity that began in January 2008, tied its high of +33 and remained similar to October's score of +32. After collapsing from its inaugural measure of +26 in January 2008 to -5 in February 2009, the index mostly increased over the next six years, reaching a new high of +32 in May 2015. Since then, the index has been steady at this level, with all but two of the past 18 months registering between +30 and +33.

All four of the nation's major regions had a Job Creation Index score at +30 or above last month, with only the South showing some growth. The South went from having the lowest regional index score (+30) in October to having the highest score (+35) in November. The South's index score also increased the most from its November 2015 score.

Workers in the U.S. continued to report far more hiring than firing going on in their workplaces in November, and it now appears almost certain that 2016 will have the highest annual average Job Creation Index score since Gallup first measured it in January 2008. Gallup's unadjusted unemployment rate and the Gallup Good Jobs rate for November also showed strength on the U.S. employment front.

If recent seasonal patterns hold, the next few months could produce a dip in job creation. In the past two years, six of the eight lowest Job Creation Index scores have come in December through February. But the drops were relatively minor and in each year, the scores rose to record highs by May.

Results for this Gallup poll are based on telephone interviews conducted Nov. 1-29, 2016, on the Gallup U.S. Daily survey, with a random sample of 16,407 workers, aged 18 and older, living in all 50 U.S. states and the District of Columbia. For results based on the total sample of employed adults, the margin of sampling error is ±1 percentage point at the 95% confidence level. All reported margins of sampling error include computed design effects for weighting. 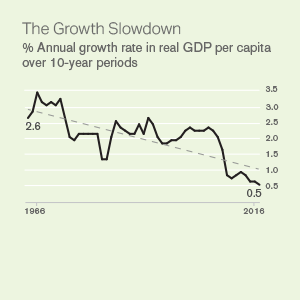 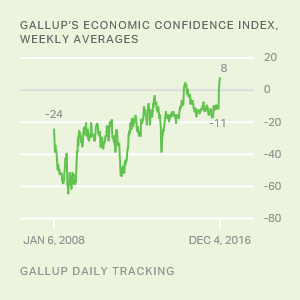