skip to main content
Politics
Satisfaction With Own Life Five Times Higher Than With U.S. 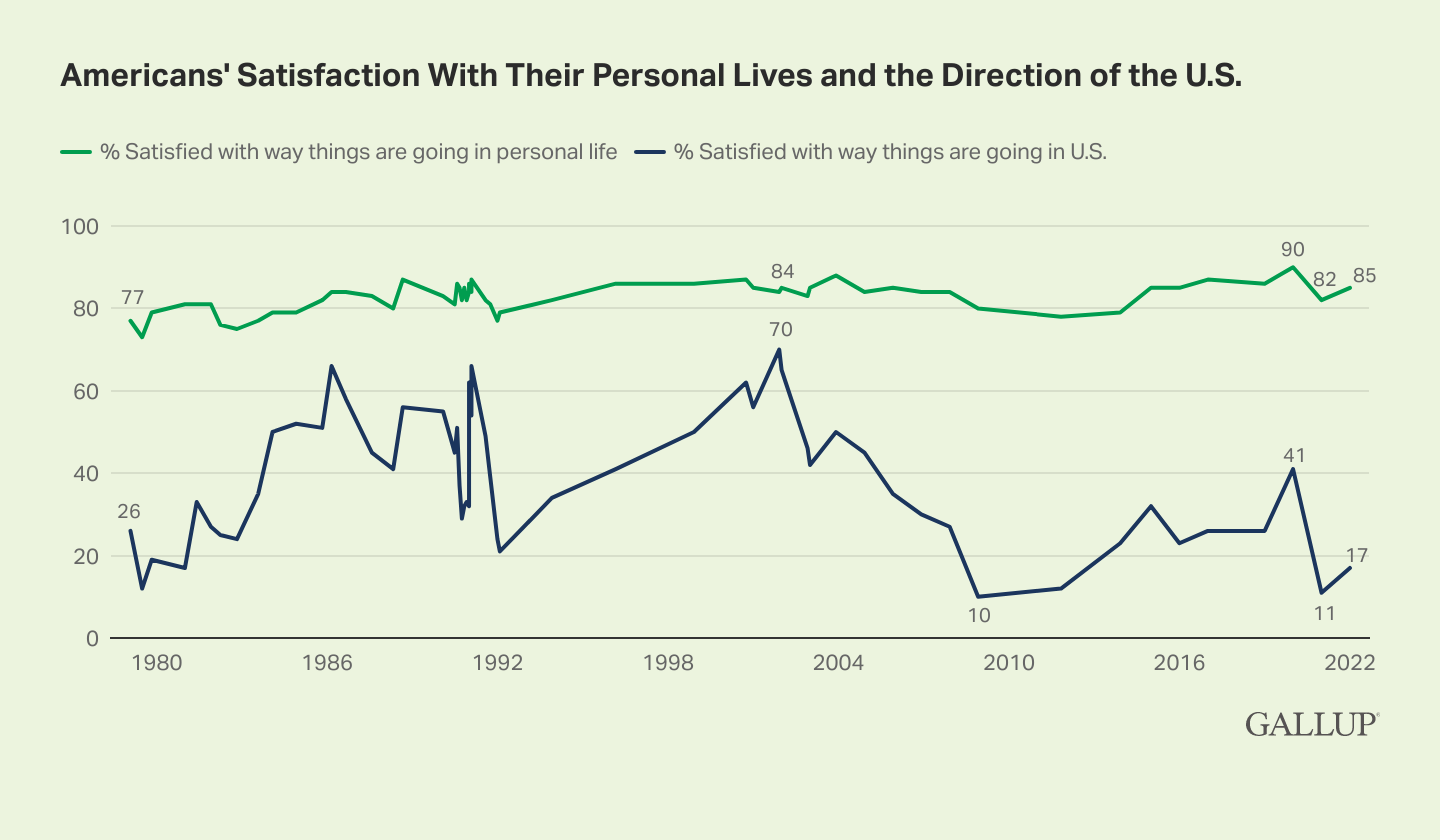 Personal satisfaction has been consistently and significantly higher than national satisfaction since 1979 when Gallup first tracked these two measures. But that divergence is near the record high as today's 68-percentage-point gap between the two, from the Jan. 3-16 Mood of the Nation poll, is second only to last year's 71-point gulf.

The current 17% national satisfaction reading is the lowest of Joe Biden's first year in office and coincides with his lowest job approval rating, 18% congressional job approval, sagging economic confidence and the expectation that inflation will rise in the coming months. Still, national satisfaction remains slightly above the 11% reading measured shortly after protesters violently stormed the U.S. Capitol on Jan. 6, 2021.

Degrees of Satisfaction Shifted Between 2020 and 2022 on Both Measures

In addition to tracking overall satisfaction on both personal and national levels, Gallup has asked Americans periodically since 2001 how strongly satisfied or dissatisfied they are. The recent trends show that the public's personal and public moods remain subdued after sinking in the first year of the pandemic.

Two years ago, before the COVID-19 pandemic took hold of the nation, a record high 65% of U.S. adults said they were "very satisfied" with their own lives. Last year, the pandemic-weary public's high personal satisfaction rating fell to 51%, and it remains at that level today. Another 34% are currently somewhat satisfied.

Majorities of Americans who attend religious services weekly (67%), have household incomes of $40,000 to $99,999 (52%) or $100,000 or more (61%), or earned college degrees (54%) are very satisfied with their own lives. Meanwhile, less than half of their counterparts express the highest level of satisfaction, though majorities still say they are very or somewhat satisfied.

While Americans' satisfaction with their personal life does not vary significantly among partisans, party identification largely affects how things are going in the U.S. That is, partisans are more likely to say they are satisfied when the president's party matches their own. Most recently, Republicans' satisfaction outpaced Democrats' during Donald Trump's presidency, but once Biden took office, Democrats became more satisfied than Republicans with the nation's direction. 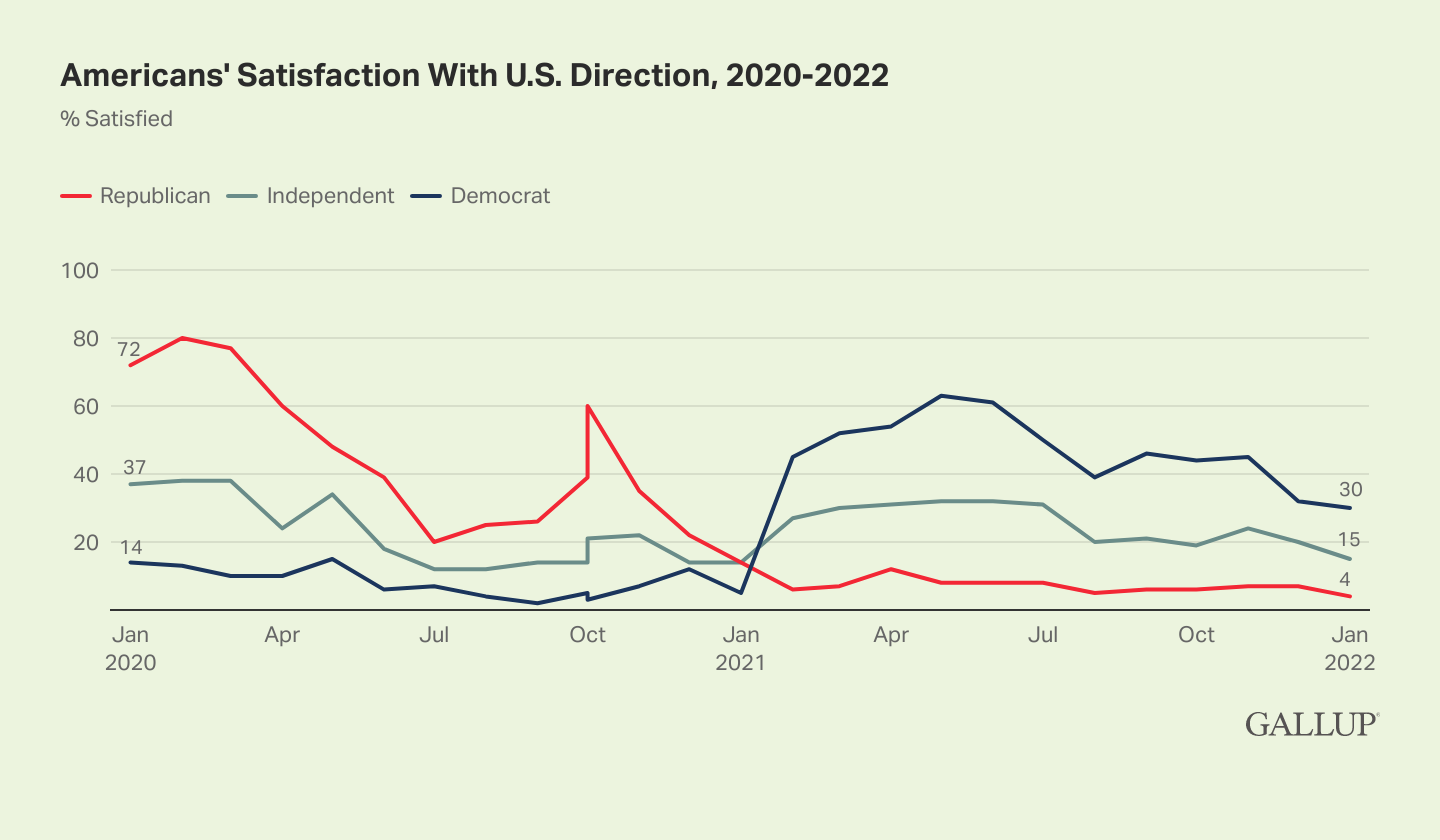 Although most Americans are very dissatisfied with the way things are going in the U.S. right now, few express dissatisfaction with their own lives, suggesting that the problems they see in the nation don't directly affect them personally. Still, the reduced percentage continuing to feel very satisfied with their own lives suggests that the pandemic and its economic effects remain troubling to the public. Indeed, Americans' ratings of their own mental health are steady at a lower level, and their outlook for the nation's economy is bleak.