WASHINGTON, D.C. -- Congress' job approval rating from the American people continues to simmer at the low level it descended to last fall. Twenty-one percent of Americans currently approve of the job Congress is doing, while 76% disapprove.

The latest approval rating -- from a March 1-18 Gallup poll conducted before the Senate Judiciary Committee began its confirmation hearings for President Joe Biden's Supreme Court nominee, Ketanji Brown Jackson -- is on par with the 18% to 23% range seen since October. However, the current rating is down from the 12-year high of 36% recorded in March 2021.

Congress' job rating is now about the same as in the second half of 2020, after enjoying a brief rise to 31% following the passage of several pieces of emergency economic-relief legislation in the early days of the pandemic. 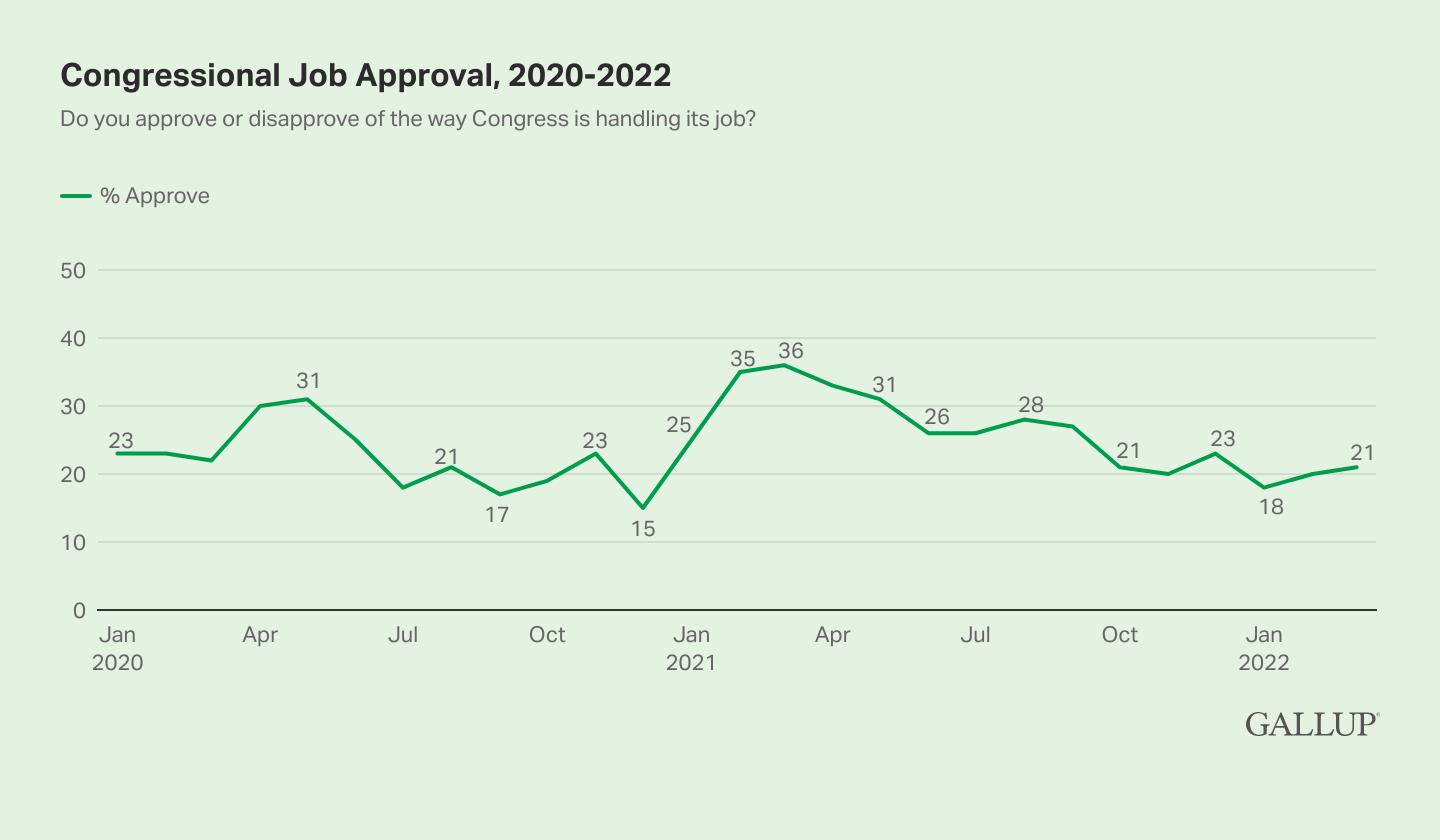 Line graph. Monthly trend from January 2020 to March 2022 in percentage of Americans who approve of the way Congress is handling its job. Approval over this period has ranged from 15% in December 2020 to 36% in March 2021. Since that high, approval has gradually fallen and has been under 25% since October 2021, including 21% in the latest reading.

Most of the decline in congressional approval since Biden took office has been due to flagging Democratic support. 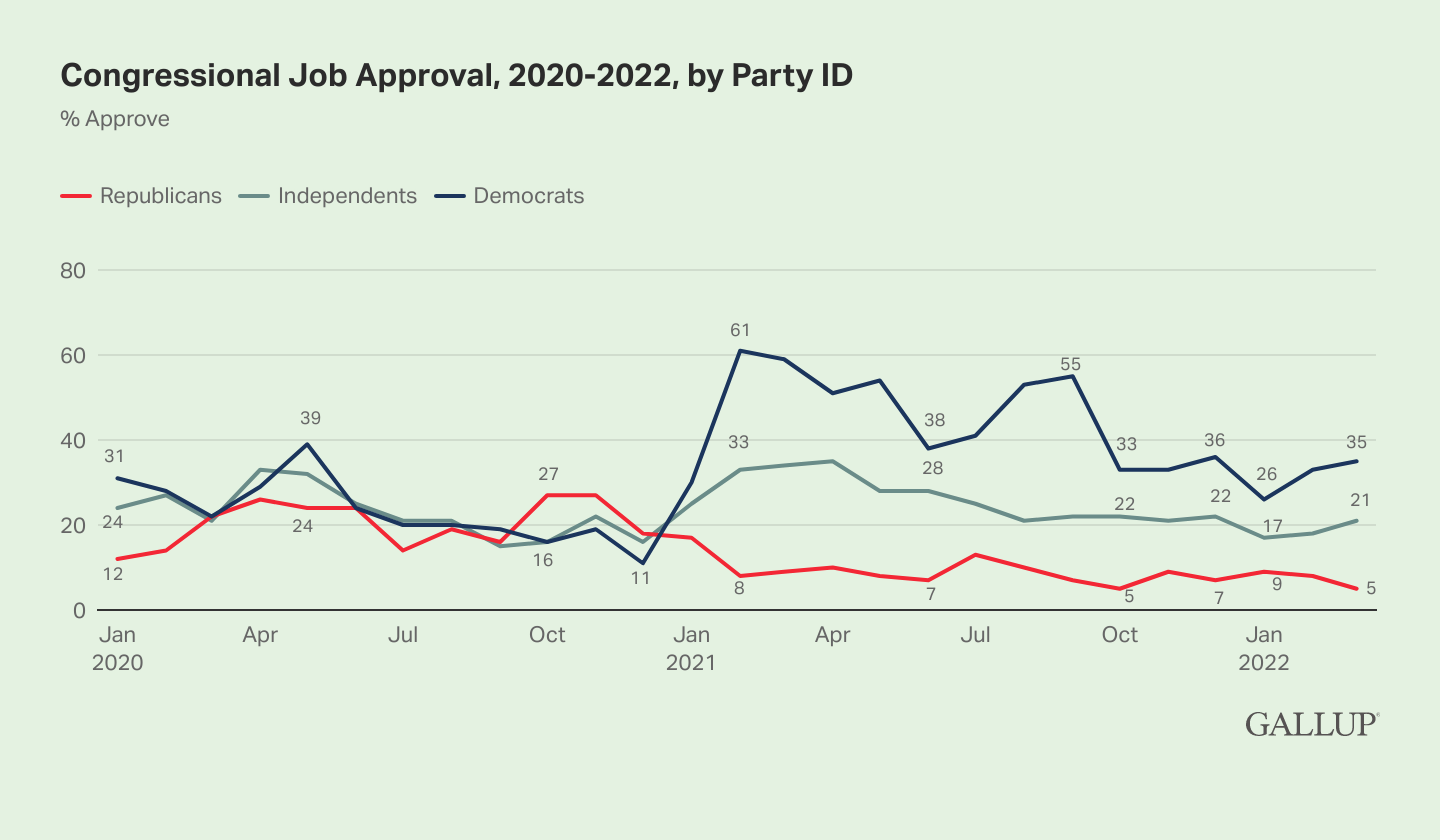 Line graph. Monthly trend from January 2020 to March 2022 in Congress job approval among political party groups. Approval was low among all three party groups throughout 2020, registering no higher than 39%. Democratic approval surged to 61% in January 2021 and has since been variable, but has been relatively low in recent months, including 35% in the latest reading. Approval has remained low in 2021 and 2022 among Republicans, mostly in the single digits while sinking from 35% in early 2021 to no more than 22% in recent months among independents.