WASHINGTON, D.C. -- About one-quarter of Americans, 24%, say they are satisfied with the way things are currently going in the U.S., which is statistically similar to February's 21% and roughly in line with most readings since last August. The exception to this was 17% in January during a surge in COVID-19 cases attributed to the omicron variant. 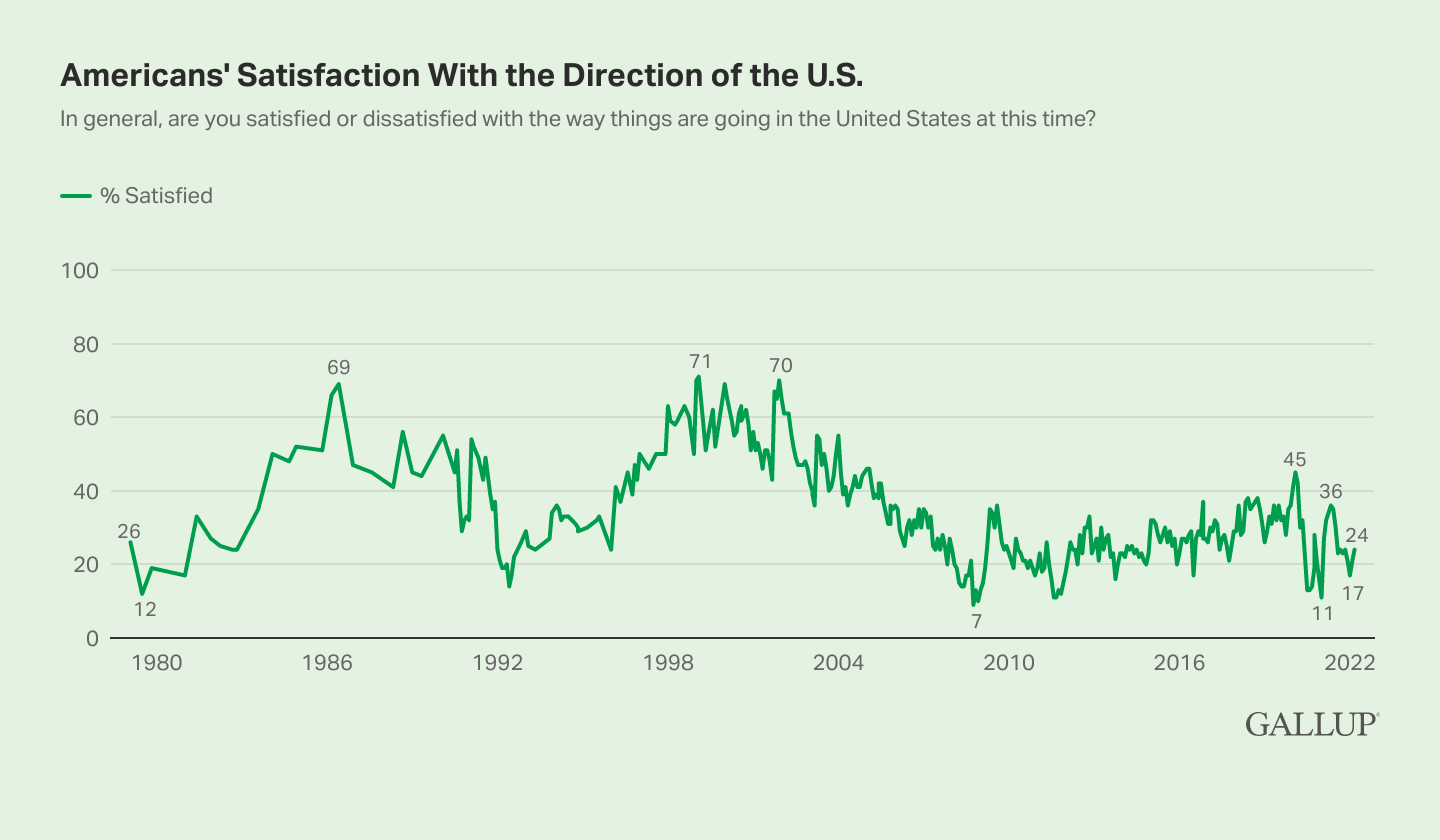 The latest reading is from a March 1-18 Gallup poll, which also found President Joe Biden's approval rating mired in the low 40s and economic concerns rising amid record-high gas prices and the highest inflation in four decades. During the poll's field period, COVID-19 infections, hospitalizations and deaths in the U.S. continued to decline.

Although national satisfaction is now more than double the 11% reading measured shortly after protesters violently stormed the U.S. Capitol on Jan. 6, 2021, it is significantly lower than the 30% to 36% readings of last March through July.

Satisfaction Up Among Democrats; Flat for Republicans and Independents

Democrats' satisfaction with the direction of the nation -- which has outpaced Republicans' and independents' since Biden's inauguration -- is up 11 points since February, to 46%, perhaps reflecting the improving coronavirus situation. At the same time, satisfaction among Republicans (3%) and independents (23%) is essentially unchanged and much lower.

Democrats' national satisfaction was last at the current level in fall 2021. It has not been at the majority level since last June, likely related to the improved coronavirus situation at that time. Independents' satisfaction has been less variable than Democrats' but has ranged from 15% to 32% during Biden's presidency. Republicans' satisfaction with the direction of the U.S. has averaged 6% since Donald Trump left office. GOP satisfaction registered 60% in October 2020 before Trump was defeated for reelection and was above 70% before the pandemic. 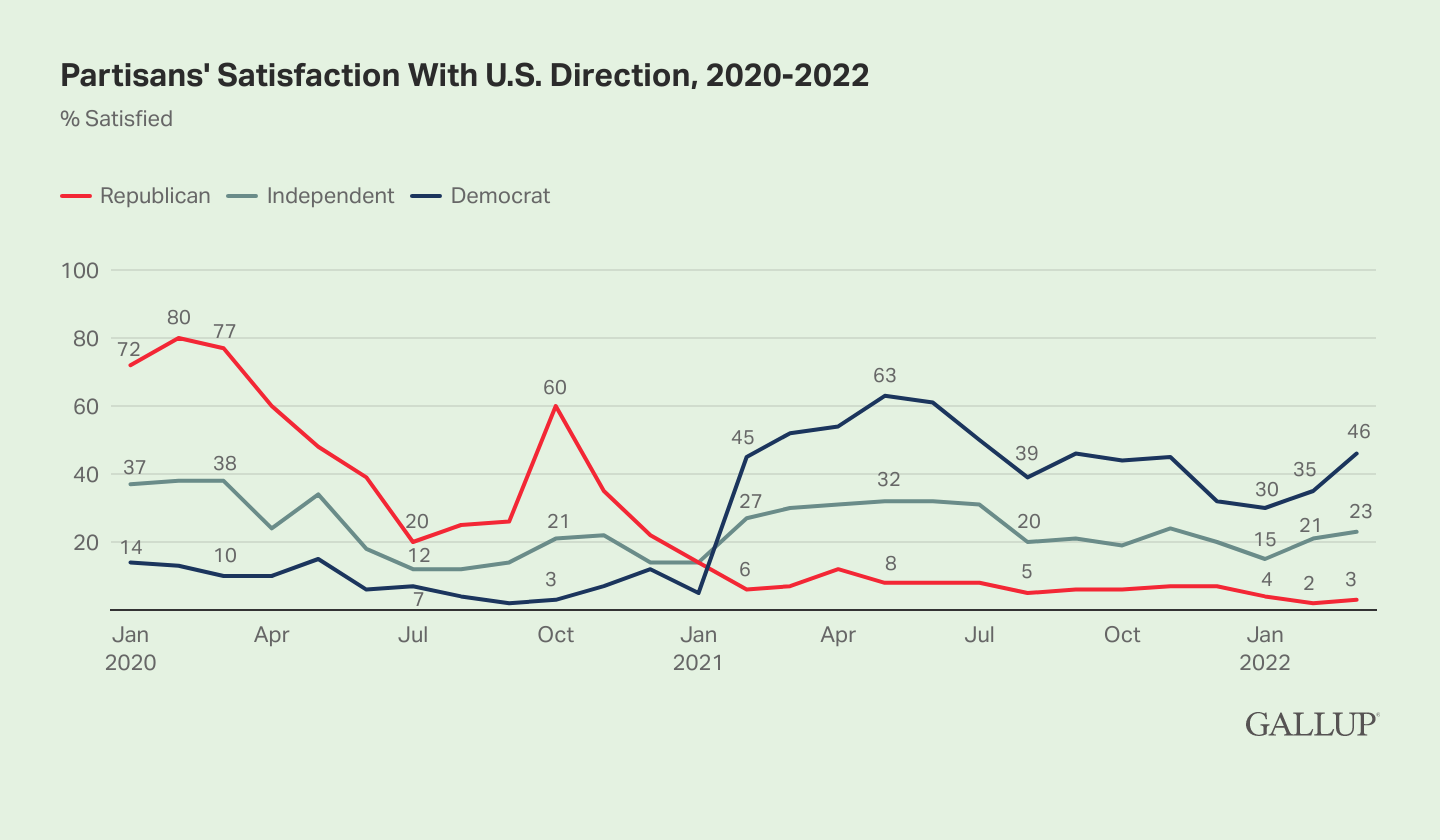 Three-quarters of Americans, including majorities of all party groups, are dissatisfied with the nation's direction. Even though COVID-19 cases are waning in the U.S., economic concerns are mounting and are likely to continue to suppress national satisfaction until inflation begins to ease.