From Pfizer and Allergan to Walgreens and Rite Aid, mergers and acquisitions are all the rage right now.

In addition to these mergers, Dell announced its $67 billion takeover of IT services company EMC. The acquisition marked the biggest tech deal in history and inspired a barrage of media coverage. Most of the storylines of the Dell takeover have focused on the financial aspects of the deal or how it plays into Dell's greater go-to-market strategy.

Missing from the coverage, however, has been the people factor. Major players, including CEOs Michael Dell and Joseph Tucci, have been an ongoing focal point. But little attention has been paid to the tens of thousands of employees who will feel the impact of the change, or the customers who rely on Dell and EMC products to keep their business running.

Mergers and acquisitions almost always disrupt the status quo -- and are intended to do so. Yet behavioral economics tells us that people have a status quo bias, meaning that people naturally prefer the current state of affairs and perceive change -- even if it's for the better -- as a loss. Companies can pay dearly for disturbing the status quo when they don't have a plan for putting people at ease and aligning them with the bigger picture.

As Dell folds EMC into its corporate structure, it -- like all companies in the midst of M&A -- should ensure that people are given as much consideration as product mix, financials and press. Specifically, M&A requires a sharp focus on four groups:

Customers. The motivations behind M&A tend to be transparent and are almost always related to growth. In Dell's case, the company has a clear goal to become a one-stop shop for business customers, moving away from the PC products it has long been known for and toward enterprise services. The addition of EMC to its portfolio enables Dell to expand its offerings to this target group.

Though broadening product offerings makes sense for Dell and for other companies that take on acquisitions, it doesn't make customers of either company feel good about the upheaval. These customers want to know how the change will affect their business. Will they have a new point of contact or account manager? Will the pricing structure change? How will the change affect their service?

Some customers may also ask themselves if it's time to seek out new partnerships. Gallup analysis shows that business-to-business companies are already at risk of losing a large share of their customers -- only 29% of B2B customers are fully engaged. A major change such as an acquisition can give unhappy customers the push they need to break ties. For example, Gallup research on the banking industry reveals that the average annual customer attrition rate is 5%, but is significantly higher (8%) among customers of banks that were acquired.

Leaders. On Dell's website, the company describes its culture using words such as "inventors" and "business people," while EMC emphasizes "fun," "camaraderie" and "recognition" when talking about its culture. As Dell and EMC become one company, it will be interesting to see how leaders align what appear to be two distinct cultures. In Gallup's experience, leaders tend to take culture in one of three directions after M&A: They let the two cultures coexist (that is, they do nothing); they take the best aspects of each culture and create a new culture; or they position one culture -- most likely that of the acquiring company -- as the culture moving forward.

The first scenario tends to be the least successful approach, as it can create a culture clash and incite an "us-versus-them" mentality. Though the second and third options require work, they provide a much clearer and more rewarding path to cultural alignment and long-term success. As part of this work, leaders must define their ideal culture and identify the best people to implement their vision. These people don't have to be from the C-suite. In this case, it may be more powerful for vice presidents, division directors or managers, and front-line employees to be responsible for heralding cultural charge.

Employees and managers. M&A can have the most damaging effect on employees. Change naturally brings up feelings of anxiety and fear. Employees who find themselves working for a different company or different management can begin to question their role and whether the change is really best for them and their career. Their performance may slip, or they may look for work elsewhere. The same goes for employees who have been with the acquiring company for some time, but who have similar feelings of unease or who do not see themselves following the company in its new direction.

To keep employees -- especially star performers -- from leaving, companies should equip managers with the necessary tools and information to abate employees' fears and make them feel comfortable with what lies ahead. Companies should also create a communication strategy that targets employees on both the acquired and acquiring sides. In Gallup's experience working with clients and change management, we find that leaders and employees feel differently about communication. Leaders tend to believe they are doing enough, but employees want more.

Competitors. Perhaps the greatest threat to successful M&A is the competition. Customer and employee attrition is common during M&A, making it an opportune time for competitors to pounce. Acquiring companies shouldn't make it easy for their rivals to steal their top performers or best customers, yet that is exactly what happens when they discount the people factor.

In Dell's case, the company operates in an increasingly competitive landscape for product and talent. Dell and EMC have seen their growth stall in recent years as the mobile device and cloud markets have wooed more customers. Technology workers are among the most coveted employees and may find it easier than most to switch organizations. The stakes are high for Dell, from a bottom-line and a talent perspective. Like all companies engaged in M&A, Dell should make it clear to its current and future workforce, its customers and its competitors that its proposed change is good and that employees and customers will be taken care of in the new, post-M&A world.

Bank Mergers May Chase Away Customers

Customers at acquired banks leave at a much higher rate than the average annual attrition rate across the industry.

Though M&A deals are often navigated effectively, they don't always go according to plan or achieve the desired results. Experts explain how to make them work. 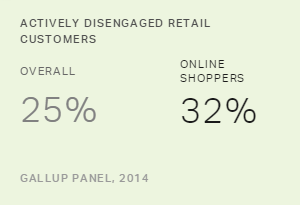