People's life circumstances matter to their subjective well-being: Healthier, more educated, married and employed people report, on average, higher life satisfaction. However, circumstances that are unrelated to people's personal lives can also affect their quality of life. For instance, a number of macroeconomic conditions are associated with individual subjective well-being (i.e., current and future life evaluations). On average, people who live in countries with higher GDP per capita, lower unemployment and inflation rates, higher social protection spending and quality governmental institutions report higher life satisfaction. Yet, these (objective) macroeconomic indicators may not always reflect people's (subjective) perceptions of the national institutions in their respective country.

The study of confidence in national institutions, and its potential relationship with subjective well-being, deserves special attention in a region such as South America, where citizens' perceptions of government services likely remain fluid because of past and ongoing economic and political upheaval.

South America has witnessed turbulent economic and political developments over the past five decades. During the 1970s, a number of democratically elected governments were overthrown by military governments in violent coups that demonstrated little respect for human rights. Repeated economic crises increased already high levels of poverty and income inequality, which were exacerbated by high unemployment and inflation rates.

In almost all of the countries included in our analysis, the majority of respondents lack confidence in most of the institutions under study (see second table). The sole exception is Uruguay, where respondents rate their confidence positively in all six categories.

The general lack of trust in national institutions and its association with current and expected life satisfaction should encourage South American governments to work toward building confidence in the institutions they regulate.

However, our analysis is correlational and we cannot rule out that higher life satisfaction may be responsible for people's confidence in national institutions, and not vice versa. This is the main limitation of our study. It is possible that people who are more satisfied with their lives, and who are maybe more optimistic in general, tend to rate the quality of institutions more highly than people who are less satisfied with their lives. However, our results hold after taking people's personal circumstances and their country's macroeconomic conditions into account.

Overall, our results suggest that national institutions that merit trust may be a further determinant of citizens' subjective well-being. The positive association between confidence in national institutions and current and expected life satisfaction highlights the need for governments to invest in well-functioning institutions.

Lucía Macchia is a Ph.D. candidate in Behavioural Economics at City, University of London.

Anke C. Plagnol is a lecturer in Behavioural Economics at City, University of London. 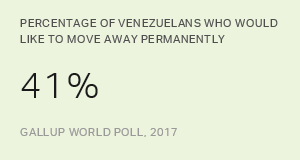 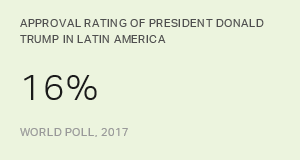