PRINCETON, NJ -- In a month when government workers at all levels reported less hiring at their workplaces, Gallup's Job Creation Index dipped slightly in October to +19, the first time since April the index has registered below +21. From a longer-term perspective, the index in October is similar to its 2012 average and remains higher than the depressed levels seen from the second half of 2008 through 2011. 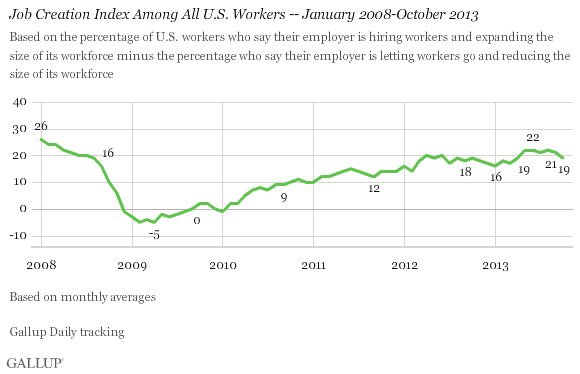 October's Job Creation Index is based on 36% of all full- and part-time U.S. workers saying their employer is hiring employees and expanding the size of its workforce, and 17% saying their employer is letting workers go and reducing the overall size of its workforce. While slightly worse than what Gallup has found in recent months, last month's +19 index score is the tied for the most positive for any October since Gallup began tracking job creation in 2008. 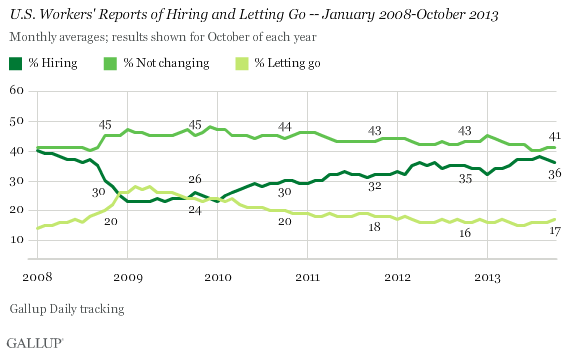 Government Hiring Down in October 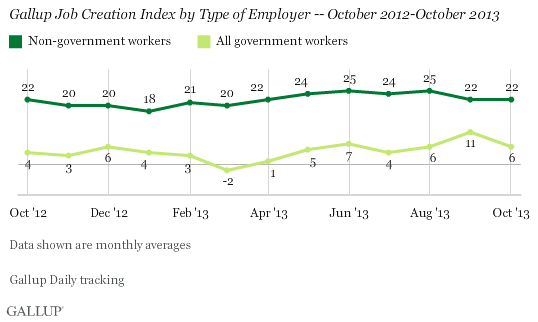 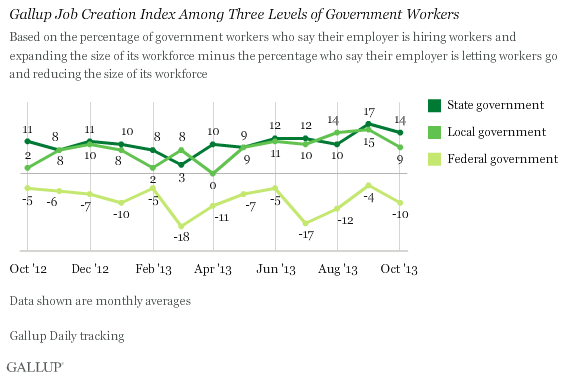 Net hiring fell slightly in October, entirely due to less hiring at all levels of government, while private-sector hiring held steady. Nevertheless, the hiring picture remains stronger than it has been in recent years, with only federal workers reporting more layoffs than hiring, on balance.

Results for this Gallup poll are based on telephone interviews conducted Oct. 1-30, 2013, with a random sample of 18,310 adults, 18 and older, who are employed full or part time, living in all 50 U.S. states and the District of Columbia.