WASHINGTON, D.C. -- Blacks are less likely than other major U.S. racial groups to be happy with their homes. Sixty-four percent of blacks agree that their house or apartment is ideal for them and their family, significantly lower than the 75% of whites, 71% of Asians and 70% of Hispanics who say the same.

Regardless of income, blacks are more likely than whites, Asians and Hispanics to disagree that their housing is ideal. This means that income variations alone cannot explain the differences in perceptions of housing among racial and ethnic groups. Housing needs and what qualifies as an "ideal house" can vary widely for each person. Factors such as cost, size, location and neighborhood safety can affect whether individuals feel their house meets their needs. And issues such as access to a safe place to exercise, proximity to quality schools, commute times, the availability of good jobs and access to fresh produce can affect whether an individual feels either their city or their home is right for them. Previous Gallup and Healthways research shows that those who see their home as ideal are more likely to have a stronger sense of purpose, a thriving social life, strong ties to their community, financial security and better physical health than those who don't think their home is perfect for them.

Various factors might help explain why blacks have a somewhat less positive view of their homes and communities than other racial groups do. According to the U.S. Census Bureau, blacks are the least likely racial or ethnic group to own their home. Gallup data aggregated from 2013-2015 also shows that 70% of U.S. whites report owning a home, compared with 41% of blacks and 43% of Hispanics. By renting, these groups have less autonomy to change aspects of their house or apartment to suit their needs.

Further, a study by Johns Hopkins University found that blacks who purchased their first home in the years shortly before the Great Recession have since had a significant loss in their net worth compared with an increase in the net worth of whites who purchased their first home during the same time period. In addition, lagging home prices in minority neighborhoods compared with steady or growing home prices in primarily white or mixed neighborhoods following the recession could be further negatively affecting blacks' views of their cities in general.

Additionally, an investigative report by ProPublica found that judgments on debt collection lawsuits happen almost twice as much in majority black neighborhoods than in mostly white communities, which could potentially influence how blacks from these neighborhoods view their cities or areas.

Despite these factors, a majority of blacks say they live in an ideal home and a perfect city. Increases in black home ownership and other key improvements in majority black communities could help close the racial and ethnic gap in perceptions of housing and communities. 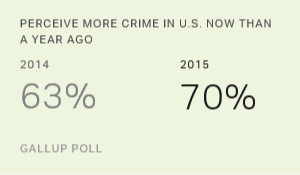 Lancaster, Raleigh Residents Most Likely to Say Home Is Ideal