WASHINGTON, D.C. -- Americans' opinions about the death penalty have been relatively stable in recent years after a decline in 2017. The current 54% of U.S. adults who say they favor the death penalty for convicted murderers is essentially unchanged from readings over the past four years and remains lower than any other measurement since March 1972 (50%). 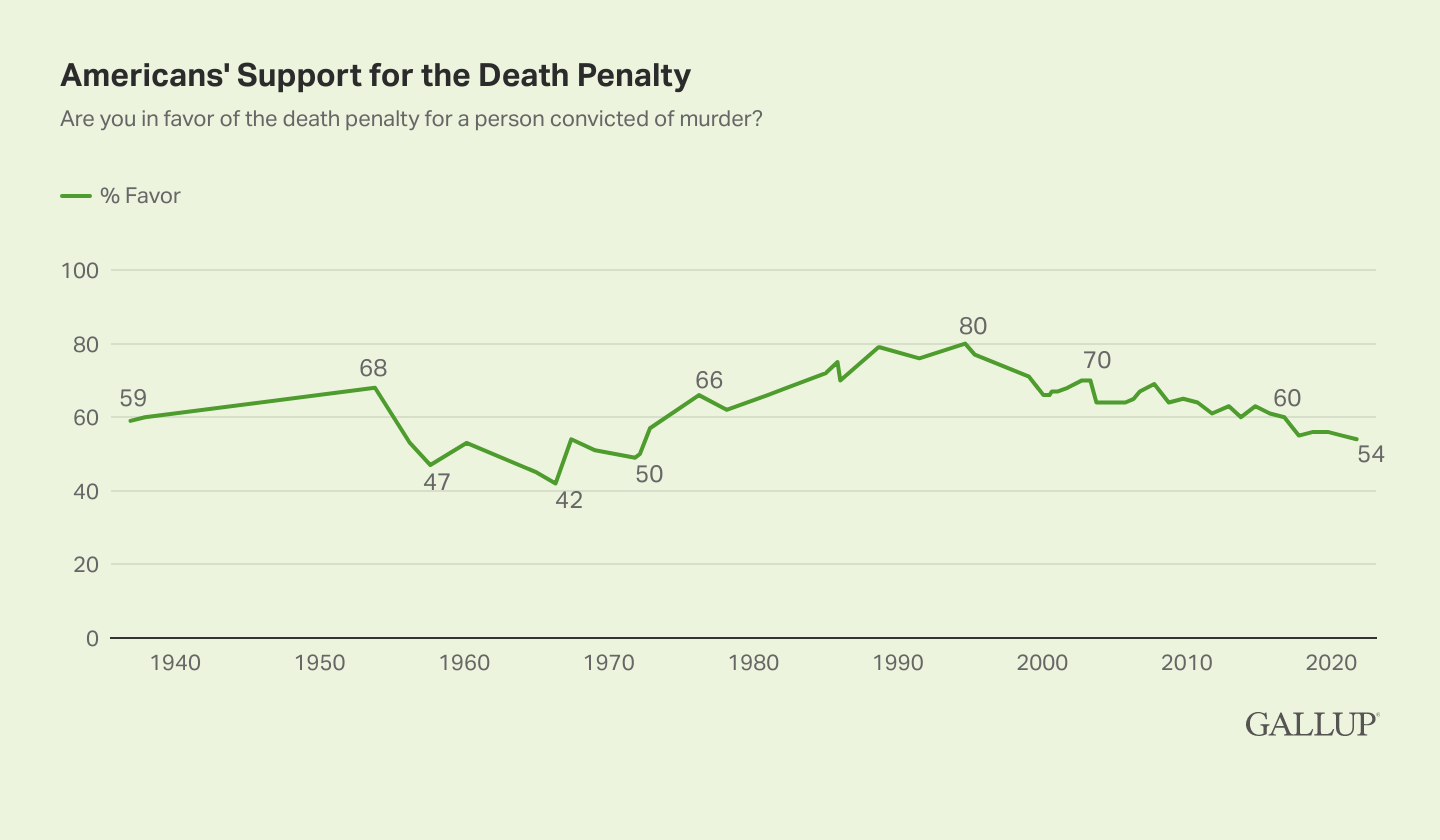 Line graph. Trend in Americans' support for the death penalty. Fifty-four percent of Americans say they are in favor of the death penalty for a person convicted of murder. The last time support was lower was 50% in 1972.

The latest results are based on Gallup's annual Crime survey, conducted Oct. 1-19. Gallup first asked about the death penalty using this question wording in 1936, updating it periodically since then -- including annually since 1999.

When Gallup first asked about the death penalty in 1936, 59% said they were in favor of it. Majorities have consistently favored it, apart from several readings taken between 1957 and 1971, including a low of 42% in 1966. These measures came as legal experts debated the constitutional basis for the death penalty, and the U.S. Supreme Court ruled on a series of challenges over how it was being applied. The court invalidated all existing state death penalty laws in its 1972 Furman v. Georgia ruling. However, that judgment left open the possibility that laws written to address the high court's concerns about arbitrary sentencing in death penalty cases could be constitutional. In 1976, the court ruled that new death penalty laws in several states were permissible under the Constitution.

Death penalty attitudes vary most by political party and ideological self-identification. Seventy-seven percent of Republicans, 55% of independents and 34% of Democrats are in favor of the death penalty. Also, 70% of those who describe their political views as conservative say they support the death penalty, compared with 57% of moderates and 28% of liberals.

In addition to the political differences, the poll finds significant differences by age, with 41% of young adults aged 18 to 34 in favor of it, compared with 59% of adults aged 35 and older.