I've been reading a lot about a "recovering" economy. It was even trumpeted on Page 1 of The New York Times and Financial Times last week.

I don't think it's true.

The percentage of Americans who say they are in the middle or upper-middle class has fallen 10 percentage points, from a 61% average between 2000 and 2008 to 51% today. Ten percent of 250 million adults in the U.S. is 25 million people whose economic lives have crashed.

What the media is missing is that these 25 million people are invisible in the widely reported 4.9% official U.S. unemployment rate.

Let's say someone has a good middle-class job that pays $65,000 a year. That job goes away in a changing, disrupted world, and his new full-time job pays $14 per hour -- or about $28,000 per year. That devastated American remains counted as "full-time employed" because he still has full-time work -- although with drastically reduced pay and benefits. He has fallen out of the middle class and is invisible in current reporting.

More disastrous is the emotional toll on the person -- the sudden loss of household income can cause a crash of self-esteem and dignity, leading to an environment of desperation that we haven't seen since the Great Depression.

Millions of Americans, even if they themselves are gainfully employed in good jobs, are just one degree away from someone who is experiencing either unemployment, underemployment or falling wages. We know them all.

There are three serious metrics that need to be turned around or we'll lose the whole middle class.

Free enterprise is in free fall -- but it is fixable. Small business can save America and restore the middle class.

Gallup finds that small businesses -- startups plus "shootups," those that grow big -- are the engine of new economic energy. According to the U.S. Small Business Administration, 65% of all new jobs are created by small businesses, not large ones.

Here's the crisis: The deaths of small businesses recently outnumbered the births of small businesses. The U.S. Census Bureau reports that the total number of business startups and business closures per year crossed for the first time in 2008. In the nearly 30 years before that, the U.S. consistently averaged a surplus of almost 120,000 more business births than deaths each year. But from 2008 to 2011, an average of 420,000 businesses were born annually, while an average of 450,000 per year were dying.

Bottom line: The two most trusted institutions in the U.S. are the military and small business. Most people know about our military's importance, but not as many appreciate the role small business plays in creating the majority of new jobs and in national security itself.

A version of this blog post originally appeared in The Small Business Journal. 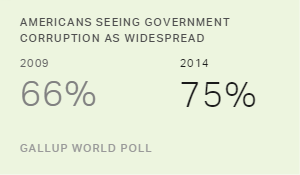