Is it better to live an exciting life or a calm one? It may seem like a philosophical question, but a recent study for the Wellbeing for Planet Earth (WPE) Foundation suggests it may have practical implications on the global study of wellbeing.

The rising dominance of stress-management practices such as mindfulness and meditation demonstrate that the yearning for calmness and inner peace is common across cultures from East to West. Yet, the measurement of emotions such as calmness and contentment are less often included in current studies of wellbeing than those that produce a stronger physiological response, such as excitement and cheerfulness.

This gap is now being investigated in research showing that across 116 countries and territories, 72% of adults said they would rather live a calm life than an exciting life, while 16% said the opposite.

Bar chart. This displays the percentage of people across 116 countries and territories who say they would rather live a calm life than exciting life, according to results from a 2020 study for the Wellbeing for Planet Earth Foundation.

In 2020, Gallup partnered with the Wellbeing for Planet Earth Foundation to broaden the study of wellbeing by testing more globally inclusive perspectives. Such perspectives include concepts rooted in Eastern philosophy and religion that have rarely been asked about in wellbeing studies.

Calmness and inner peace arguably fall into that category -- although, as the results show, they are not only valued in Eastern contexts. Other key research questions explored in this partnership include the extent to which people feel they have balance and harmony in their lives, their sense of meaning and purpose, and the nature of their relationships with people close to them.

The preference for a calm life is one of the most consistent findings from this new study. In 114 of the 116 countries and territories included in the 2020 research, the percentage of people who prefer a calm life outnumber those who prefer an exciting life by at least 15 percentage points -- and by more than 50 points in most countries. (The two exceptions were Georgia, where people were significantly more like to say they would prefer an exciting life to a calm life, and Vietnam, where there was no clear preference.)

The finding that this preference is consistent across different countries, regions and cultural settings may surprise some people, given that prior research has suggested individualistic Western cultures tend to place less emphasis than collectivist Eastern cultures on "low-arousal" emotions like calmness.

While people in the East Asia region are among the most likely in the world to say they would prefer a calm life to an exciting life, those in Latin America are almost as likely to respond this way. Further, even in high-income regions such as Northern America and Western Europe, at least two-thirds say they would rather live a calm life than an exciting life, while less than one-fourth say the opposite.

The findings also point to the need for a better understanding of cultural emphasis on different types of emotions beyond the simple East-West distinction, which has been the most common approach. Many of the most interesting differences in these responses are among neighboring regions or countries within the traditional "Eastern world" or "Western world."

Last year was unusually stressful for most of the global population, as the COVID-19 pandemic jeopardized public health and created economic turmoil worldwide. These extraordinary circumstances may have made living a calm life a more appealing prospect for many people than it would be otherwise, especially given the ambiguous or complicated good represented by excitement.

Future iterations of this study will help determine how much effect the pandemic may have had on these perceptions and will help researchers assess the role of low-arousal emotions in helping people cope with such prolonged crises.

Dr. Alden Lai serves as executive adviser to the Wellbeing for Planet Earth Foundation and the WPE lead for the Global Wellbeing Initiative. Lai is also an assistant professor of public health policy and management at the School of Global Public Health and affiliated faculty at the Stern School of Business, New York University.

Dr. Tim Lomas contributed to this article. Lomas is a senior researcher for the Wellbeing for Planet Earth Foundation and a research affiliate of the Human Flourishing Program at Harvard University.

2020 Another Emotionally Taxing Year for Women With Children

The world in the first full year of the COVID-19 pandemic was a sadder, angrier, more worried and more stressed-out place than it has been at any point in years, but women with young children at home most of all.

2020 was the most stressful year in recent history. A record-high 40% of adults worldwide said they experienced stress during a lot of the previous day. 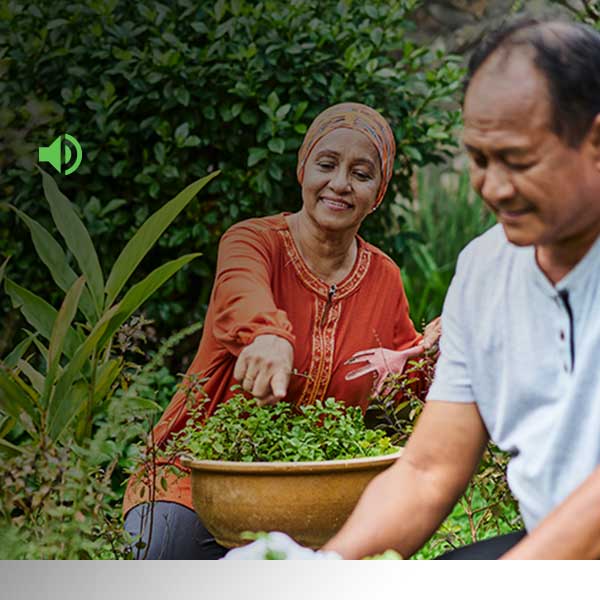 How Western and Eastern Concepts of Wellbeing Differ

Making the Study of the World's Wellbeing More Inclusive

Starting this year, in partnership with the Wellbeing for Planet Earth Foundation, Gallup is expanding its global studies of wellbeing.