Here is a summary of five key elements of American public opinion about healthcare, based on Gallup's annual Health and Healthcare poll, conducted Nov. 7-10 this year. 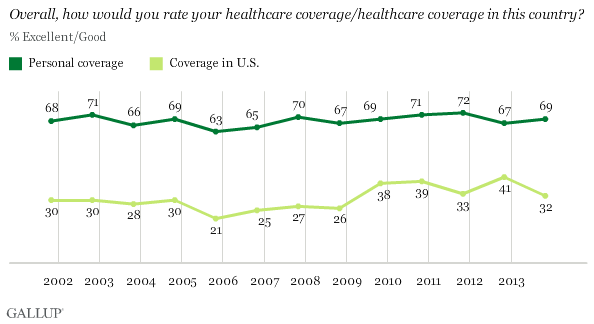 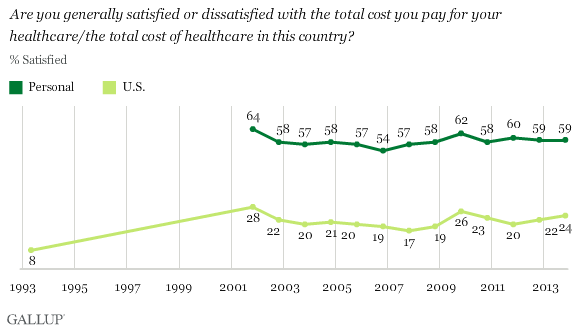 3. Americans are quite positive about the quality of healthcare they personally receive. Their ratings of healthcare quality nationally are less positive, but still in majority territory. 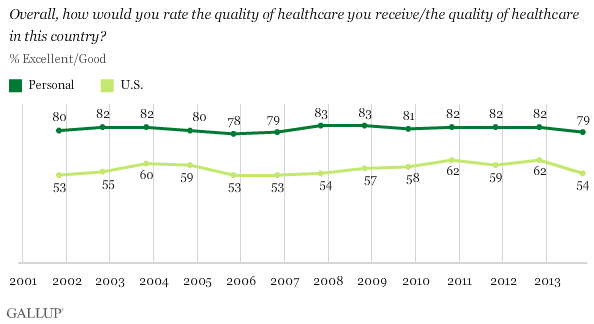 4. Most Americans do not believe that the U.S. healthcare system is in crisis, but they do think it has major problems. 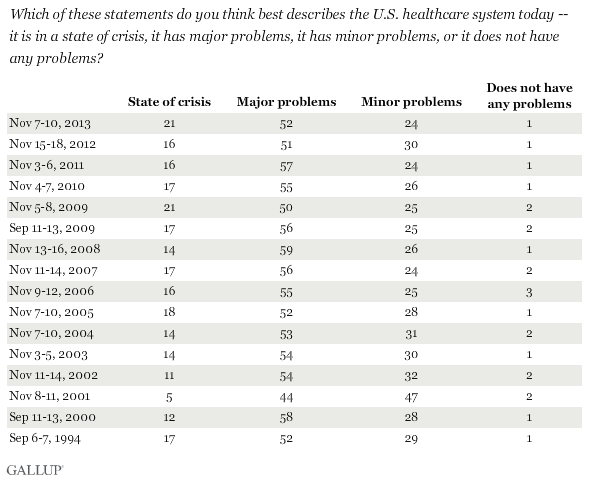 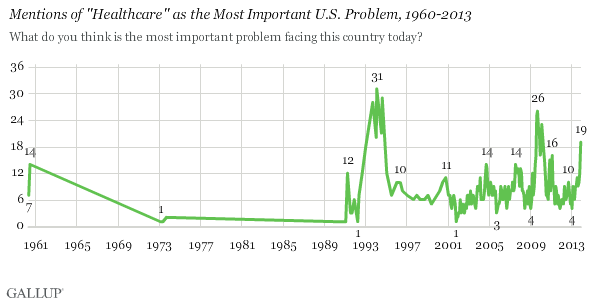 Americans remain generally positive about the quality of healthcare they personally receive, their healthcare coverage, and what they pay for healthcare. They are significantly less positive about these healthcare issues for the nation as a whole. This disparity in perceptions of how things are going personally vs. nationally is not unusual for various social and mood issues, but highlights that the current efforts to reform healthcare are taking place even as the majority of Americans give their own healthcare relatively high ratings.

Results for this Gallup poll are based on telephone interviews conducted Nov. 7-10, 2013, on the annual Gallup Health & Healthcare poll, with a random sample of 1,039 adults, aged 18 and older, living in all 50 U.S. states and the District of Columbia.