WASHINGTON, D.C. -- Americans' ratings of their standard of living are on pace to be the best in Gallup's 10-year tracking history. The index average for the year now stands at +54 -- four points above last year's record-high +50. On a monthly basis, Americans' perceptions of their standard of living have been particularly strong in the past two months, with the index averaging +56 in July and +55 in August. In the first half of the year, monthly readings varied between +51 and +54.

The index was created in 2008 during the 2007-2009 Great Recession, helping explain why it has followed a generally upward path in the years since, as the U.S. economy gradually has recovered. The index is a composite of answers to two questions: how satisfied Americans are with their current standard of living and whether they think their standard of living is getting better or getting worse -- with "staying the same" a volunteered option. Americans' level of satisfaction with their current standard of living has been more stable than the measure of whether it is getting better or getting worse. At present, 80% say they are satisfied, the same percentage as in 2016. U.S. adults have been overwhelmingly positive in assessing their satisfaction with their own standard of living throughout the history of the question. Even in the tough economic times of 2008 and 2009, almost three-fourths of Americans were satisfied. Republicans, Those 50 and Older Most Likely to See Improvement

Age is also a factor: Those aged 50 and older are more likely this year than in 2016 to say their standard of living is improving, while there is little change among those younger than 50.

Americans of all income levels are slightly more likely to think their standard of living is getting better.

Non-Hispanic whites are slightly more likely now than in 2016 to say their standard of living is improving, but blacks -- whose Standard of Living Index score became decidedly more positive after Obama was elected in 2008 -- are less likely now that he has left office to say their living standards are getting better. Hispanics' views are about the same this year as they were in 2016.

Americans in 2017 are overwhelmingly positive about their standard of living -- four in five are satisfied with their situation, and almost two-thirds think it is getting better.

Over the past decade, as the U.S. has recovered from the Great Recession, Americans' increasingly positive views about their standard of living have provided evidence that the recovery has been slowly but surely making its impact felt across all income levels. The improvement in perceptions of living standards over the past 10 years has generally mirrored a more positive path both for several U.S. economic indicators (unemployment, housing prices and the stock market) and for the public's perceptions of their own finances and the nation's economy. This recovery is further underscored by the U.S. Census Bureau's reporting that the median household income rose 3.2% to just over $59,000 in 2016.

So far this year, most of the improvement in views of living standards can be attributed to a changing political landscape that has seen expectations improve among Republicans more than they have declined among Democrats. Now that those changes have been absorbed into the overall expectations, the months and years ahead will show how much politics will continue to affect expectations and how much the nation's economic performance will. 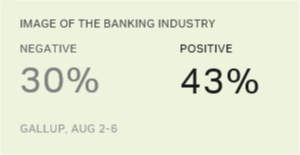