One of the biggest opportunities that state and local government leaders have is to invest in the engagement of their employees. In fact, they can't afford not to.

There are pockets of excellence. In Mississippi, engaged state and local government workers outnumber actively disengaged workers by nearly 3-to-1. On the other hand, New York and Illinois have about one actively disengaged employee to every one engaged employee. But all three merit further study to better understand what makes a great workforce that delivers on the state and local government's mission.

Gallup's new State of Local and State Government Workers' Engagement report shows current employee engagement and disengagement figures for the state and local governments in 43 states. The findings illustrate the need for these governments to find strategies to help curb disengagement. Leaders have the chance to more effectively help government employees understand how they fit into the government's mission, and what they can do to help the government achieve that mission faster.

*Government spending is not identical to its GDP contribution. 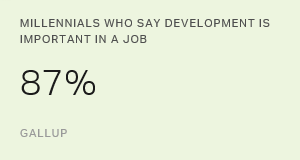 Millennials desire opportunities to learn and grow in their jobs -- but they're struggling to find ones they think are worthwhile. 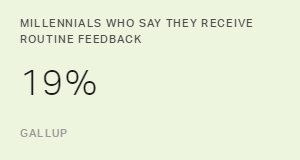 Managers: Millennials Want Feedback, but Won't Ask for It

Millennials desire routine feedback from their supervisors, but they neither request nor receive it.