Germany pulled firmly into the lead in 2017 following the precipitous drop in approval of U.S. leadership that coincided with the inauguration of President Donald Trump. While China, along with Russia, appears to have made modest inroads toward greater influence in some countries, a widespread substitution in preference for global leadership from either Eastern power is not evident. Line graph. Median approval of the leadership of the US Germany China and Russia around the globe from 2007 through 2019. A current median of 44% approves of German leadership, 33% of U.S. leadership, 32% of Chinese leadership and 30% of that in Russia. Heat map. Approval of Germany's leadership varied across the globe in 2019. It ranged from a low of 7% to a high of 87%.

Early indications in 2020 suggest that Germany's leadership standing is at the very least secure, if not in more demand. In the 10 countries polled so far this year -- all Western countries -- approval ratings continue to be headed in a positive direction. In contrast, approval of U.S. leadership in 2020 has increased in only two of these countries and fails to exceed 30% in any of them.

While current data suggest approval of Germany's leadership is likely to remain relatively strong in 2020, particularly in Europe, there is a potential hazard in 2021 and beyond. Merkel has indicated she will not seek another term as the country's chancellor. Merkel's leadership has been steady and predictable, helping Germany and Europe navigate the choppy waters that have been the continent's security environment over the past decade.

Between 2014 and 2016, the political and security landscape in Europe was fundamentally altered by the migration crisis that peaked in 2015 and the United Kingdom's vote to leave the European Union in 2016. The effect of these destabilizing events was still reverberating as the newly elected U.S. president's approach to the trans-Atlantic security relationship injected further uncertainty from 2017 onward. Just this week, the Trump administration moved ahead with its plan to withdraw 12,000 troops from Germany -- which some allies see as a further blow to these relations.

In 24 out of 38 European countries surveyed, more than half the population expressed approval of German leadership between 2017 and 2019. Approval appears weakest in countries located in the South and East. In particular, residents of Greece expressed the lowest level of approval (25%), which is likely tied to lingering frustration over Germany's handling of the European debt crisis in 2010.

From 2014-2016 to 2017-2019, average approval of German leadership increased in 20 European countries, decreased in 12 and showed no change in six others. The largest increases occurred in Bosnia and Herzegovina (+12 percentage points), Belarus (+11 points) and Portugal (+10 points), while the largest decreases happened in Hungary (-25 points), Czech Republic (-17 points) and Estonia (-10 points).

While robust support for the liberal international order was never the most politically expedient path for Merkel, it seems to have paid off at least in terms of leadership approval globally.

Merkel is expected to soon be passing off the leadership of Germany to a new generation of the country's politicians. For these new leaders, the pressures to reject the style and substance of her approach to global leadership in favor of more insular thinking will remain significant. Yet, much of the world -- and Europe -- still appears to approve of a more cooperative approach.

Results are based on face-to-face and telephone interviews with approximately 1,000 adults, aged 15 and older, in each country or area. Between March 2019 and February 2020, residents were asked to rate U.S., German and Russian leadership in 135 countries or areas, and residents in 136 countries or areas were asked to rate the leadership of China.

For results based on the total samples, the margin of sampling error ranges from ±1.5 percentage points to ±5.4 percentage points at the 95% confidence level. The margin of error reflects the influence of data weighting. In addition to sampling error, question wording and practical difficulties in conducting surveys can introduce error or bias into the findings of public opinion polls.

After tumbling to a record-low 30% during the first year of Trump's presidency, the image of U.S. leadership was not much better in the third year of his term. 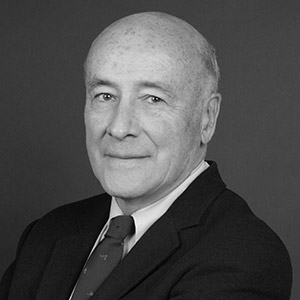