skip to main content
Politics
Worry About Crime in U.S. at Highest Level Since 2016 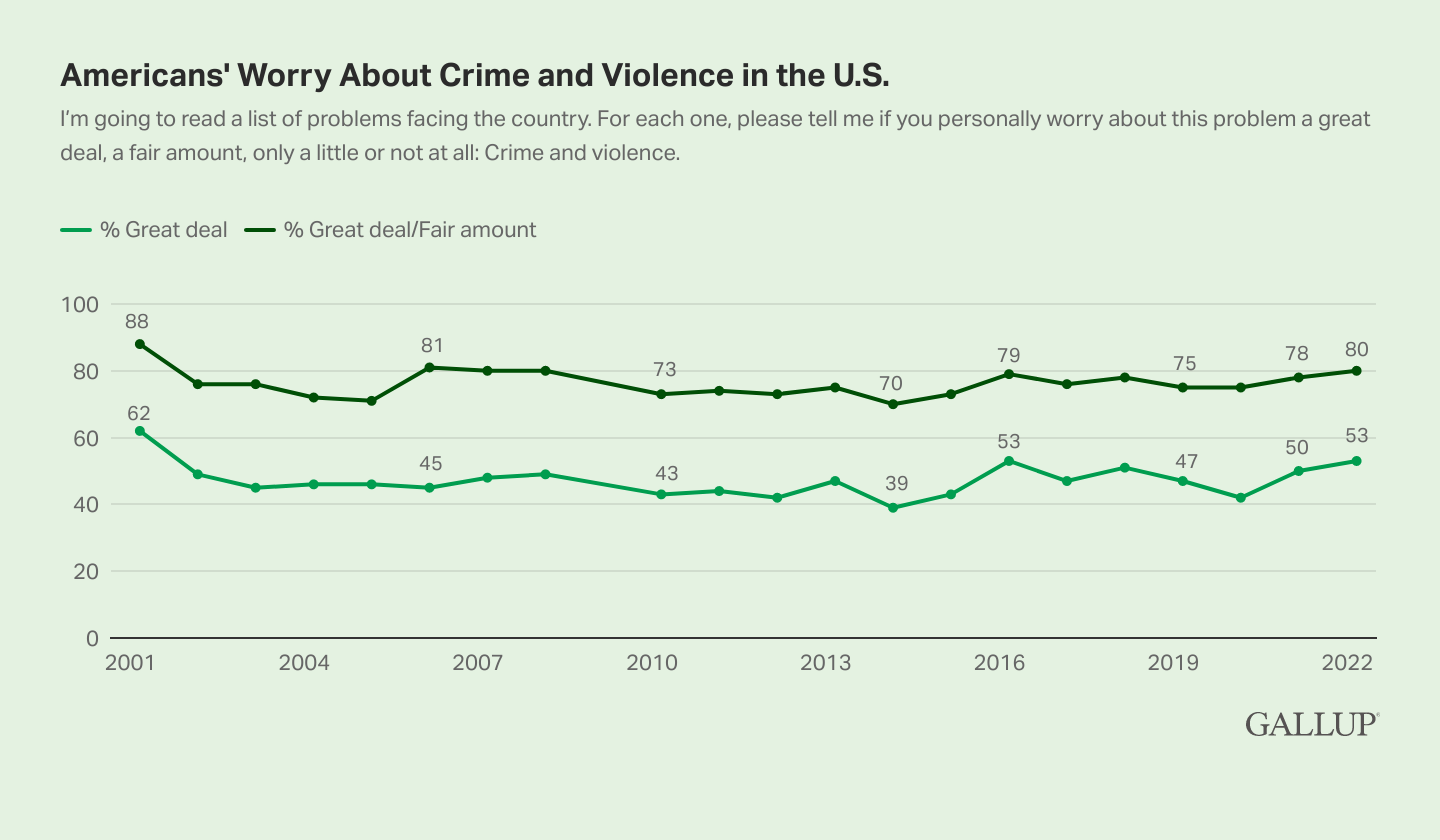 WASHINGTON, D.C. -- Americans' concern about crime and violence in the U.S. has edged up in the past year, and for the first time since 2016, a majority (53%) say they personally worry a "great deal" about crime. Another 27% report they worry a "fair amount," which places the issue near the top of the list of 14 national concerns -- behind only inflation and the economy, and on par with hunger and homelessness.

The latest reading, from a March 1-18 poll, is in line with similar findings last fall that showed upticks in Americans' anxiety about experiencing a range of crimes and their belief that crime in their local area was worsening. Government national crime data have also shown recent increases in the U.S. homicide rate to its highest point in 25 years.

Where U.S. adults live in the country also affects the degree of concern they have about crime. City residents (58%) register a higher level of worry than U.S. adults residing in suburbs (46%) and rural areas (51%). City dwellers' worry has increased nine percentage points since 2021, while worry among suburbanites and rural residents is essentially flat. This likely reflects the record-high homicide rates in numerous U.S. cities last year.

There is less variation across U.S. regions, as majorities of those in the East, Midwest and South say they worry a great deal about crime, while fewer Westerners do.

Women have been consistently more worried than men about crime over the course of the 21-year trend. The differences in the other subgroups examined have been more variable.

Looking specifically at party identification, Democrats were generally more likely than Republicans to say they worried a great deal about crime between 2001 and 2015. However, in 2016 and 2017, Republicans' worry outpaced Democrats' for the first time.

Partisans' relative worry shifted again in 2018, the second year of Donald Trump's presidency, with Democratic concern increasing and Republican concern declining. In 2019, Democrats' worry receded and has been below 50% since. Republicans' worry about crime has risen sharply since Joe Biden became president, including an eight-point increase this year. 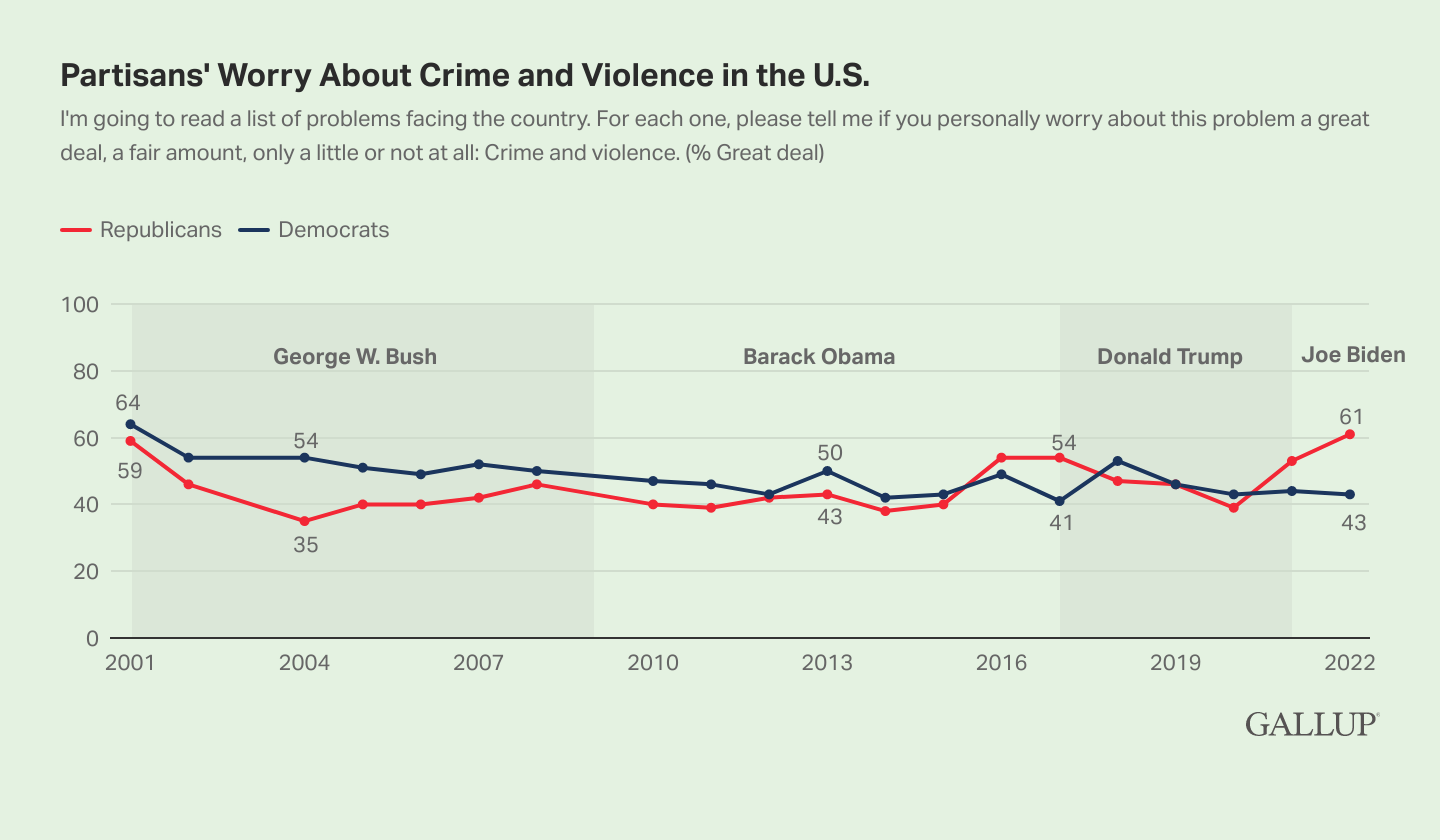