It has been two years since the United Nations proposed its Sustainable Development Goals (SDGs), and the clock is ticking to reach the goal of ending hunger by 2030. The poorest and most vulnerable of the 7 billion people on our planet are still being left behind -- and not just in the developing world. No country is exempt from food insecurity. People everywhere -- including millions of children -- lack secure access to sufficient amounts of safe and nutritious food.

Using data collected via the Gallup World Poll in 147 countries between 2014 and 2015, a new working paper by the UNICEF Office of Research-Innocenti provides estimates of food insecurity among households with children younger than age 15 using the Food Insecurity Experience Scale (FIES).* These estimates are the first to quantify the extent of the food insecurity among households with children and ideally will encourage and motivate continued global efforts to address this issue and monitor progress toward the SDGs. As countries' economic development continues to progress, the most vulnerable populations may remain food insecure, thus widening the gap between the food secure and food insecure.

We further need to ensure that food insecurity is not an outcome of unequal economic growth. Because hunger knows no boundaries, continued and sustained efforts are needed across and within the developed and developing worlds to reach zero hunger.

*Food insecurity estimates are based on self-reports of adults 15 years and older and were used to represent the food insecurity status of their entire household. The Food Insecurity Experience Scale was developed by the Voices of the Hungry project. More information is available at https://www.fao.org/in-action/voices-of-the-hungry/fies/en/.

Audrey Pereira is a Social and Economic Policy Consultant, UNICEF Office of Research-Innocenti. Pablo Diego-Rosell is a Senior Consultant at Gallup. 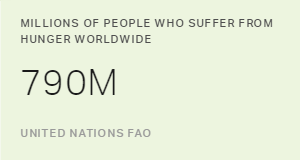 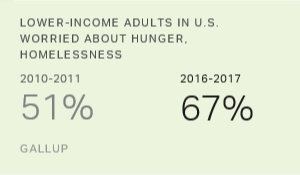