skip to main content
Economy
Nearly One in Four in U.S. Have Cut Back on Eating Meat

These data are from a Sept. 16-30 Gallup telephone poll with U.S. adults.

Certain groups are more likely than others to say they have eaten less meat in the past year:

Data from the U.S. Department of Agriculture found that pork and especially beef were the most popular meats for most of the 1900s, but chicken sharply gained in popularity over time, eventually becoming the top consumed meat in recent years. From a global perspective, the U.S. regularly ranks among the top countries for meat consumption.

Americans' reports of eating less meat don't necessarily mean vegetarianism is on the rise. In fact, Gallup's latest reading on this found 5% of Americans consider themselves vegetarian, similar to the rate over the past 20 years.

Most Cite Health as Reason for Eating Meat Less, Rarely or Never

Gallup also asked Americans who refrain from eating meat -- either by cutting back on their usual amount or by foregoing it completely -- whether each of seven potential factors were "major" or "minor" reasons for avoiding meat.

The biggest factor in reducing meat consumption is health concerns -- nine in 10 say it is a major (70%) or minor reason (20%) they are cutting back on meat.

After health, environmental concerns are the next most prominent factor leading to reduced meat consumption -- seven in 10 say concerns about the environment are behind their avoidance of meat (49% say it is a major reason, and 21% a minor one).

Lesser cited reasons for avoiding meat are that it is more convenient due to other family members' eating habits (16% major, 24% minor reason) and that they see other people eating less, little or no meat (15% major, 19% minor reason).

Religious reasons were the least cited reason for cutting back on meat consumption (12% major, 17% minor reason).

The most popular way to cut back on meat consumption is by eating smaller portions of it (77%), according to Americans who report having eaten less meat this year.

Other popular ways Americans have reduced their meat consumption are altering recipes to use less meat by substituting vegetables or other ingredients for some meat (71%) and eliminating meat entirely from some meals (69%).

Slightly more than a third of Americans (36%) who have reduced their meat consumption say they eat meat replacements such as plant-based burgers or sausages.

Americans' reasons for reducing their meat consumption are compelling -- personal health, environmental impact, concerns for animal welfare -- but very few have totally given it up. Only about 5% of Americans have self-identified as vegetarian over the past two decades, Gallup has found, and fewer yet identify as vegans. Ninety-seven percent of Americans in the latest poll report eating meat at least rarely, and two in three say they eat it frequently. Meat is here to stay.

Still, nearly a quarter of Americans are eating less meat. The momentum behind plant-based meat options may reflect that reduction in meat intake -- and possibly even accelerate it. Such a decline in meat consumption would particularly impact rural economies as well as many industries, including hospitality, packaged food, grocery retail, and especially meat and poultry production and processing, the largest segment of U.S. agriculture production.

To reduce possible negative economic effects of reduced meat consumption, government and industry leaders should take Americans' meat reduction seriously and consider the rationale behind it. Corporate Social Responsibility programs can be designed to include stakeholders across their entire value chain. Industry marketing could shift toward potential health, environmental or animal welfare aspects of the meat product. Retailing can be redirected toward the changing market and can even create new markets. Such agility can alleviate the negative impacts of changing consumer preferences on industries and economies, but leaders will need to ensure that they continue to seek to understand the will of the consumer -- as well as their B2B customers, suppliers, workforce and the global community as a whole. 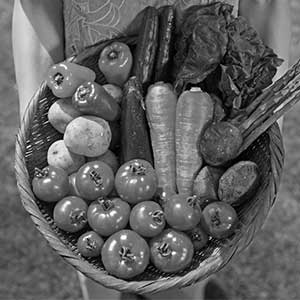 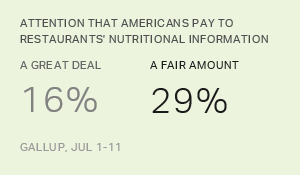