While the world's workplace is going through extraordinary change, the practice of management has been frozen in time for more than 30 years.

According to Gallup's World Poll, many people in the world hate their job and especially their boss. My own conclusion is that this is why global GDP per capita, or productivity, has been in general decline for decades.

To demonstrate the historical seriousness, stress and clinical burnout and subsequent suicide rates in Japan have caused the government to intervene. The current practice of management is now destroying their culture -- a staggering 94% of Japanese workers are not engaged at work.

Employees everywhere don't necessarily hate the company or organization they work for as much as they do their boss. Employees -- especially the stars -- join a company and then quit their manager. It may not be the manager's fault so much as these managers have not been prepared to coach the new workforce.

Managers have been trained to fill out forms rather than have high-development conversations.

Only 15% of the world's one billion full-time workers are engaged at work. It is significantly better in the U.S., at around 30% engaged, but this still means that roughly 70% of American workers aren't engaged. It would change the world if we did better.

What the whole world wants is a good job, and we are failing to deliver it -- particularly to millennials. This means human development is failing, too. Most millennials are coming to work with great enthusiasm, but the old management practices -- forms, gaps and annual reviews -- grinds the life out of them.

Gallup defines millennials as people born between 1980 and 1996. And they are from a different planet than, say, baby boomers. Baby boomers like me wanted more than anything in the world to have a family with three kids and to own a home -- a job was just a job. Having a family and owning a home was the great American dream.

Millennials, on the other hand, place "my job" equally or even ahead of "my family" as their dream. So because their life is more focused on work, they need to draw more from their work environment. They have their best friends at work -- including best friends who are customers. They want meaningful work and to stay with an organization that helps them grow and develop.

What does all of this mean for reversing world productivity trends? It means that we need to transform our workplace cultures. We need to start over.

To summarize Gallup's analytics from 160 countries on the global workplace, our conclusion is that organizations should change from having command-and-control managers to high-performance coaches.

The change will immediately save massive costs by wiping out the wasteful practice of filling out forms and checking management boxes.

I sometimes wonder: What if, among all the good full-time jobs in the world -- approximately 1.2 billion -- we doubled the number of engaged workers from 180 million workers to 360 million? How hard could it be to triple it to more than 500 million engaged? What if we delivered a high-development experience to 50% of the billion full-time employees around the world? It is very doable.

It begins by changing what leaders believe. And then changing how they lead.

World productivity has been in general decline for far too long. If this trend isn't reversed immediately, it means the end of civilization. I know that sounds dramatic, but you tell me how it all works out when the dangerously low number of good, full-time jobs as a percent of the population continues to destroy us?

Think beyond your own workplace. Think a coast-to-coast Detroit in America. Many U.S. cities are slipping into that right now. Imagine a worldwide Venezuela.

A thousand of us are going to discuss a new leadership movement in Omaha, and how a global, strengths-based coaching movement could boom productivity and save the world.

We are meeting in Omaha at Gallup's 50-acre campus on the Missouri River for the CliftonStrengths Summit, July 17-19. We would love to have you join us. 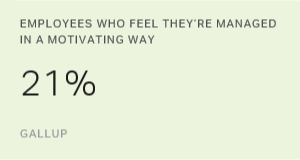 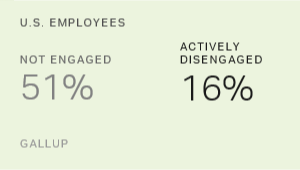