skip to main content
World
How Many Women Worldwide Are Single Moms?

WASHINGTON, D.C. -- Gallup finds that about one in eight women aged 18 to 60 worldwide -- 13% -- are unmarried and have children younger than 15 in their household. However, this figure is sharply higher in a few regions, especially sub-Saharan Africa at 32% and Latin America at 24%.

These findings are based on Gallup World Poll data aggregated from 2014 to 2018. The World Poll conducts nationally representative surveys annually in more than 140 countries and regions, representing more than 99% of the global population.

The high proportion of single mothers in sub-Saharan Africa can be largely attributed to high fertility rates and young average ages of populations. The region's women tend to have a shorter life expectancy and more children on average than women in most other regions -- and so they spend more of their lives raising children.

Overall, 84% of all women aged 18 to 60 across sub-Saharan Africa say they have children younger than 15 in their household. Widespread poverty also often leads extended families to cohabitate, so it may be more likely in low-income regions for women who have children in their household to be a relative other than their mother. Countries in Southeast Asia and South Asia also have high fertility rates, but relatively few women in these regions, where traditional family structures remain the norm, are unmarried.

Latin America stands out as the only region in which there are as many single women as married women with children under 15 in their household -- each group represents 30% of all women aged 18 to 60. This finding corresponds with previous studies showing Latin America is the region with the highest percentage of children born out of wedlock. However, it is also the region with the highest levels of cohabitation, suggesting unmarried women with children are less likely in Latin America than in other regions to be raising those children alone.

U.S. Among Countries Where Single Mothers Most Likely to Have Relatively Low Incomes

Among more economically developed regions, Northern America is home to the highest rate of single women aged 18 to 60 with children, at 19%. Between the two countries that make up this region, the U.S. has the higher rate at 19%, while 13% of Canadian women are single with children in the household.

In the U.S. and many other economically advanced countries, high rates of single motherhood are most common among low-income residents. The chart below shows the 10 countries out of 148 around the world where single women with children are most likely to fall into the bottom 20% of incomes in their population.

Other than Australia and the U.S., all the countries are in Europe -- including several in the Scandinavian region known for having low income inequality and strong social safety nets. Such factors may help explain why single women with children in these countries are less likely than those in the U.S. to have difficulty paying for food and shelter despite their relatively low incomes.

Recent studies highlight the difficulty Americans in areas with low average education and high poverty rates currently have in finding good jobs; a 2018 Gallup study of disadvantaged U.S. communities with the Center for Advancing Opportunity found that 16% of residents were jobless and looking for work at a time of record-low unemployment in the U.S. overall.

Low-income single mothers are further challenged by the need to balance their jobs with parenting duties, particularly given the high cost of childcare. The current analysis, with data aggregated from 2014 to 2018, finds that 29% of single women with children in the U.S. are underemployed; that is, they are unemployed or are employed part time but want full-time work. Among all other Americans, that figure drops to 17%.

These results suggest strategies for helping single mothers find stable employment and balance it with their childcare duties are a key consideration for policymakers seeking ways to boost economic participation, particularly in low-income communities. 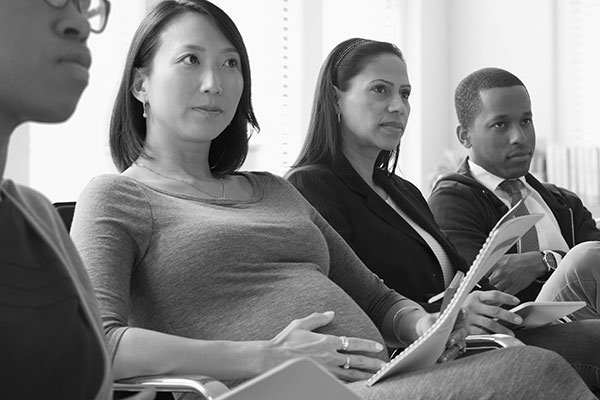