Are people happier living in the countryside or in a city? The European Commission and Gallup collaborated on a study to find out, analyzing the opinions of 360,000 people across 117 countries and territories* based on whether they live in a city, town and semi-dense area, or a rural area.

People were asked to rate their lives on a scale from 0 to 10, with 0 being the worst possible life and 10 being the best possible life. On average, the percentage of people in any given country who gave their lives a score between 8 and 10 is two to four percentage points higher in cities than in rural areas. The urban/rural gap is present regardless of country income level (based on World Bank classifications). People living in towns and semi-dense areas tend to rate their lives at levels that fall in between those living in cities and rural areas. These results are based on people interviewed via the Gallup World Poll. To define their degree of urbanisation, people's household locations were mapped against a geospatial layer from the European Commission, which identifies cities, towns and semi-dense area, and rural areas around the world using a consistent classification. This classification is called the Degree of Urbanisation and was endorsed by the U.N. Statistical Commission this year.

This analysis represents a novel approach to understanding the living conditions of different populations and a useful tool for policymakers. World Poll data subscribers can download the degree of urbanisation variable for their datasets.

Potentially contributing to the divides in life ratings, individuals living in cities were more likely to report access to financial resources, the ability to afford food, and having people they can rely on when they are in trouble. For example, people living in rural areas were less likely to report that they have a bank account than those in cities. This is most pronounced in low-income economies, where 18% of rural residents reported having a bank account, as opposed to 30% in cities.

Lack of access to bank accounts can substantially affect peoples' lives. World Bank and Gallup research suggests that bank accounts offer people a pathway out of poverty by helping them invest in education and business opportunities. Bar graphs. Average levels of bank account ownership in countries by income and degree of urbanisation. Individuals residing in upper-middle- and high-income economies are substantially more likely than those in low- or lower-middle-income level economies to have bank accounts.

People residing in rural areas in low- and middle-income economies were more likely than city dwellers to report lacking enough money to buy food at times in the past 12 months, despite often living close to the source of food production. Individuals living in towns and semi-dense areas, which include suburbs, were the least likely to lack money to buy food in middle-income and high-income economies. Bar graph. Average levels of food hardship in countries by level of income and degree of urbanisation. Not surprisingly, individuals residing in high-income countries are substantially less likely to report having lacked enough money for food in the past 12 months than those in countries with lower levels of income.

People living in rural areas are often depicted as living in closely knit communities, however, fewer individuals in rural areas than in cities say they have relatives or friends they can count on to help them when they are in trouble. This gap is the biggest in the low-income countries, with 62% of the people in rural areas saying they have family or friends they can count on in times of trouble compared with 69% in cities. This may be in part because in rural economies tend to be less diversified, which means that if one person's income shrinks or disappears, many of their neighbors will be in the same situation, making it harder to help each other. Bar graph. Average percentages of individuals who have friends or relatives to help them by levels of income and degree of urbanisation. Individuals residing in upper-middle- or high-income level economies were more likely to report having friends or family to help them than those in low-middle- or low-income economies.

While many countries have made terrific progress in reducing poverty in recent decades, these results show that there are still substantial differences between rural areas, towns and semi-dense areas, and cities, especially in low-income countries. In the past, this has primarily been viewed as an urban-rural dichotomy. However, including in-between "towns and semi-dense areas" classification reveals that these areas tend to occupy an intermediate position between cities and rural areas.

People living in towns and semi-dense areas tend to be more likely to have bank accounts, lower levels of food hardship, and more social support than those living in rural areas. Still, they are less likely than those living in cities. This gradient between the three areas reflects that cities tend to produce higher-paying jobs and that governments and the private sector can provide services more efficiently when people are clustered together. In addition, towns can play an important role in providing access to services for the surrounding rural areas. As a result, policymakers may want to differentiate between these three areas, not just because the scale of the problems differs, but also because the appropriate policy response may differ.

* These 117 countries consist of the U.S. and countries where the Gallup World Poll is conducted face-to-face -- which tend to be developing countries. As a result, quite a few high-income countries are missing, including most of Western Europe.

Lewis Dijkstra is Head of the Economic Analysis Sector in the Directorate-General for Regional and Urban Policy of the European Commission.

Eleni Papadimitriou is a Policy Analyst in the Competence Centre for Composite Indicators and Scoreboards in the Joint Research Centre of the European Commission.

Stafford Nichols is a Senior Consultant at Gallup. 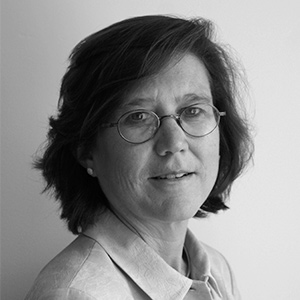 Happiness expert Dr. Carol Graham talks about what she's learned from studying wellbeing metrics for almost two decades, and what the future holds.